NEVERCREW consists of the street art duo Christian Rebecchi and Pablo Togni. They are based in Switzerland and they work together since 1996. 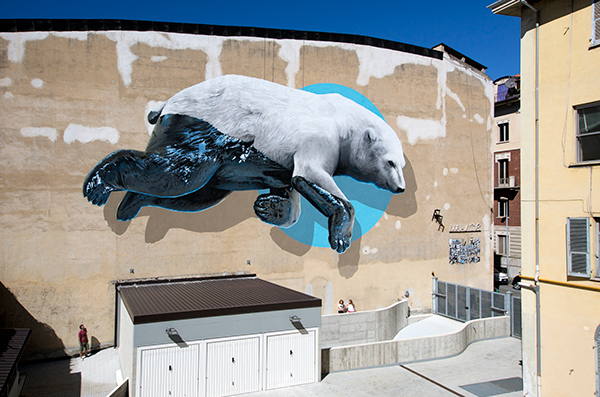 NEVERCREW, 'Black machine', Turin (Italy), 2015. Mural painting and installation realized on the Colosseo theater in Turin. Project in collaboration with Teatro Colosseo and Square23 Gallery.
Since 1996 this talented duo developed the issue of the confrontation. Between two persons, between ideas and between forces. At the same time, they extended this confrontation outside in a direct way; interacting in the public space. This created "discussion" is one of the hubs of their work. From this, what they call, "sections" and "living structures" are formed. 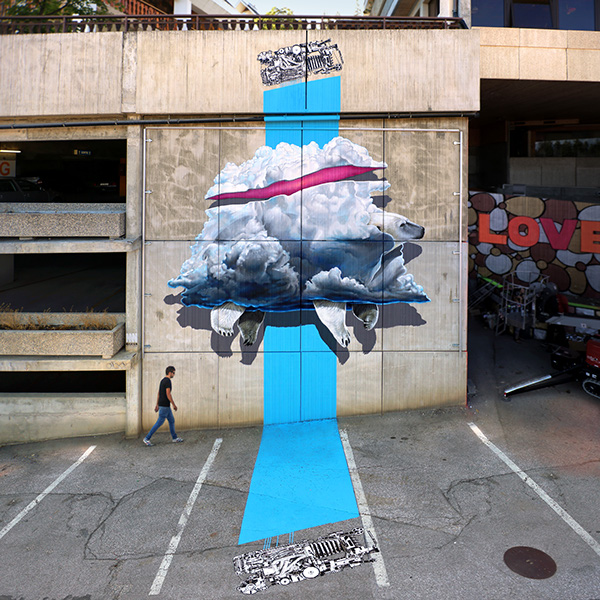 ‘Living structures’ are models of the living system. Overviews that are made perceptible in their totality and in their structure by the act of ‘sectioning’. By creating sections, we are allowed to see them (and if desired to explore them) as they are inside while maintaining the perceptible global shape. 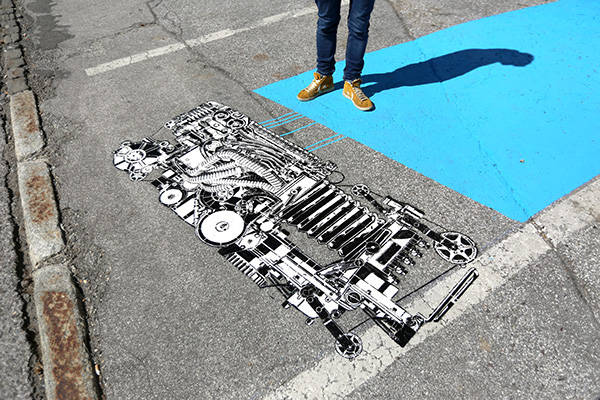 These structures and sections apply and generate a double vision, or "simultaneous vision", layered in sets or systems that start from the individual mechanical or natural components. This simultaneous vision is created by the association of different subjects when looking at the overall composition. They finally expand automatically in a direct and personal relationship with the observer and the environment. 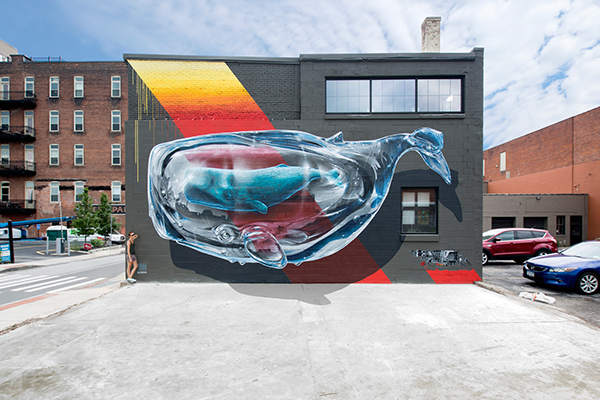 The issues that the NEVERCREW wants to examine are closely connected to the base of their work. It’s a view on the human condition, on the relationship between mankind and nature, between mankind and its nature, and to economic and social systems. NEVERCREW works with all these aspects and tries to incorporate them into a broader and more global topic. So eventually it could gradually shows itself as a whole which is readable in every component. They try to create a total vision on which the inevitable relationship between everything, between all parts, the point of view, the location within a system, defines a selection. 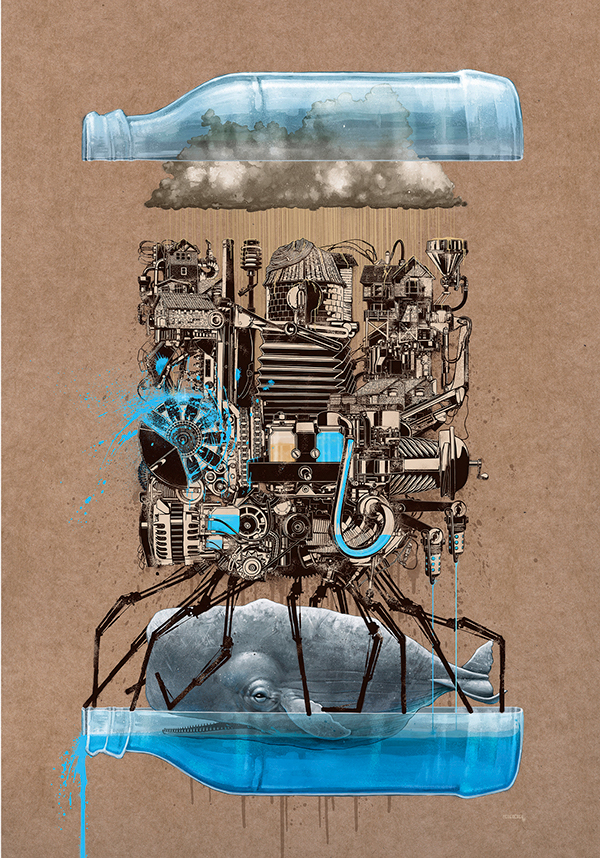 To do so, they mainly create mechanisms. They intended both for their purely mechanical or more figurative sense. Mechanical; working structures made of elements connected one to another and articulated structures that recall artificial machinery made by man (with or without a use). And figurative; the physical essence of nature, social relationships and interactions in general.
A good example of this is the work 'message in a bottle' the duo made for the streetart line of IKEA.

In their realization, the approach of the NEVERCREW is based on selection and composition, on the defining of links between existing elements and parts designed specifically as needed. They choose to mix components from different fields, sometimes almost anonymous and sometimes perfectly recognizable to attract attention and create more immediate connections as in the mural 'compelling machine'. 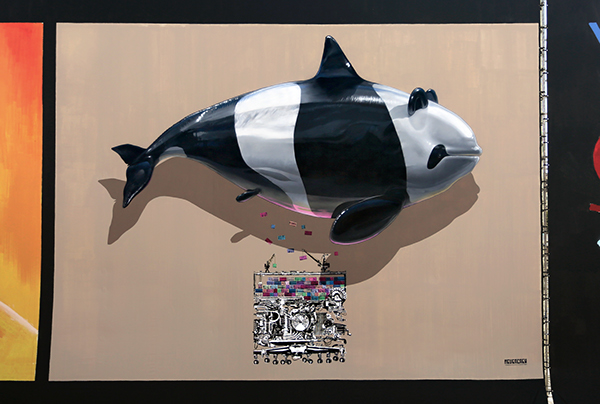 In this process ‘time’ as component becomes important. Considering that all the mechanical objects that they prepare gradually accumulate and become part of an archive. They create a sort of box of mechanical colours to choose from. From here they create other structures as a constant evolution. You can compare this to an alphabet which acquires new letters as new words and new thoughts, increasingly making new sentences and a new communication possible. By doing so, they refer to older works in their most recent work. As example, they create a reference between 'A drop of pink in Isar's waters' (2013) en 'Compelling Machine n°1' (2014). In this way they create a memory that becomes personal and which gets a global structured basis. The gradual experience that stratifies between causes and effects. 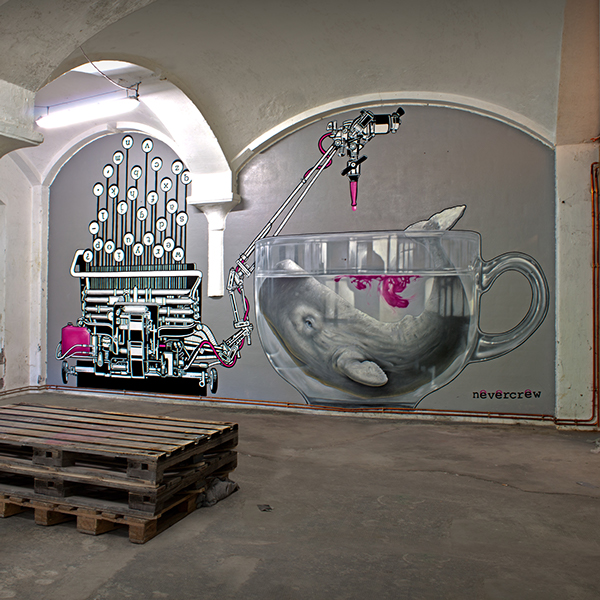 NEVERCREW, 'A drop of pink in Isar's waters', Munich (Germany), 2013. Painting realized at the Stroke Urban Art Fair in Munich in the context of the "Stroke Curated" selection.
In the works of the NEVERCREW the mechanisms are the trigger. This is the generator from which the rest develops. They consider them as the primary key to understand. This allows them to give a proportion to things. ‘Mechanism’, and the whole system they represent, is placed in a broader sense. The group of elements in an artwork is compared with what surrounds them physically or conceptually. The physical place and the viewer are involved on different conceptual levels; logical, emotional and associative. This completes NEVERCREW’s structure with its own vision, history and multiple interpretations. In this way, the artwork gives a way how to look at a system, of which it is part, from the outside.

Specially for Streetart.com NEVERCREW made this very special artwork ‘Tuning Machine n°5’ which represent their oeuvre and style in a very good way. 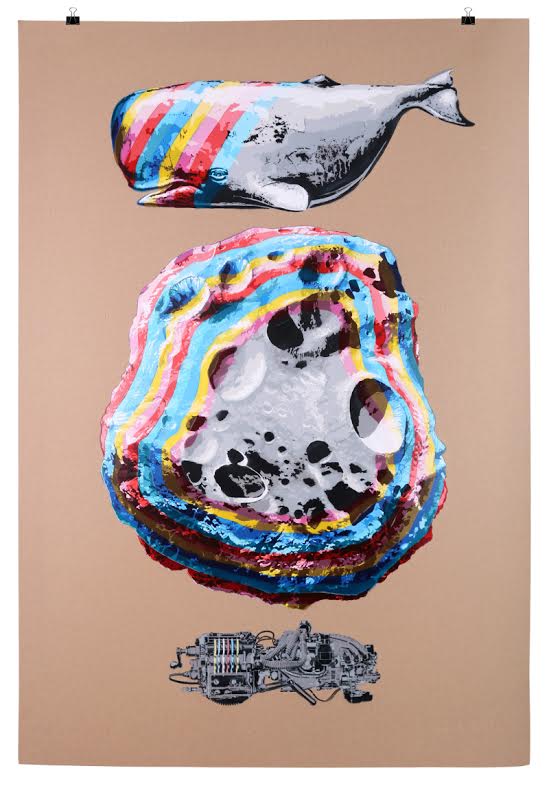 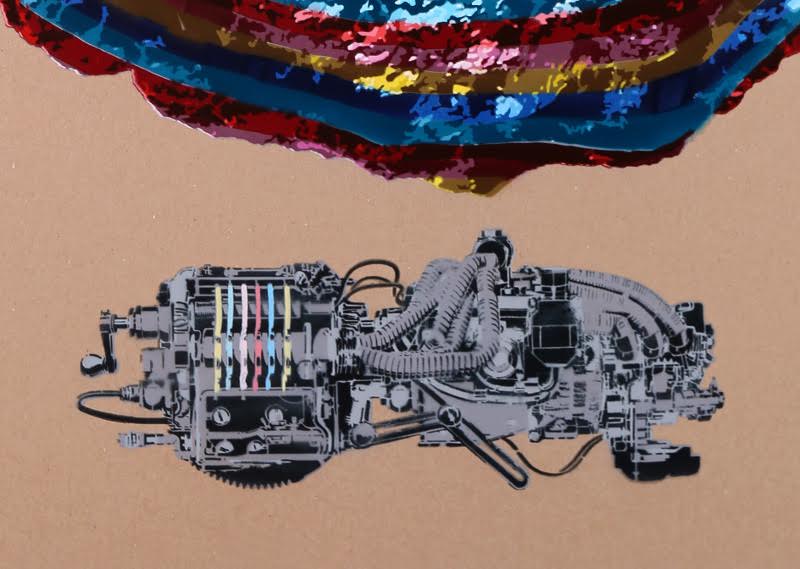 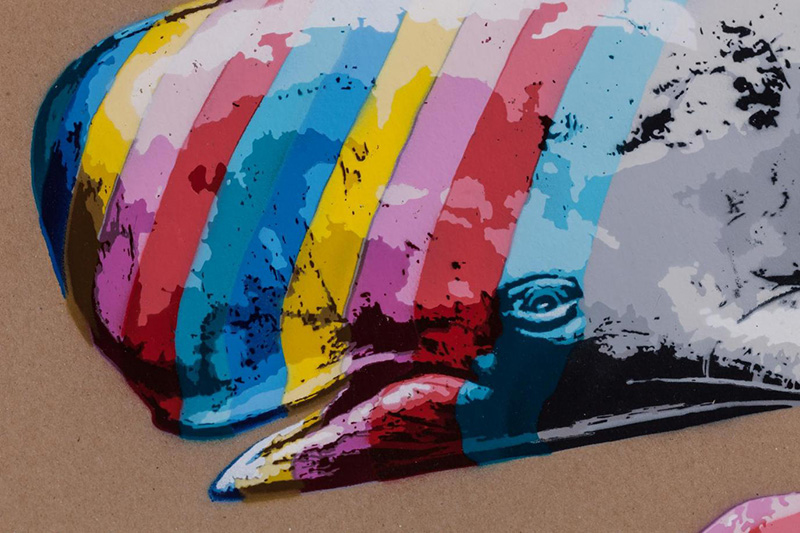 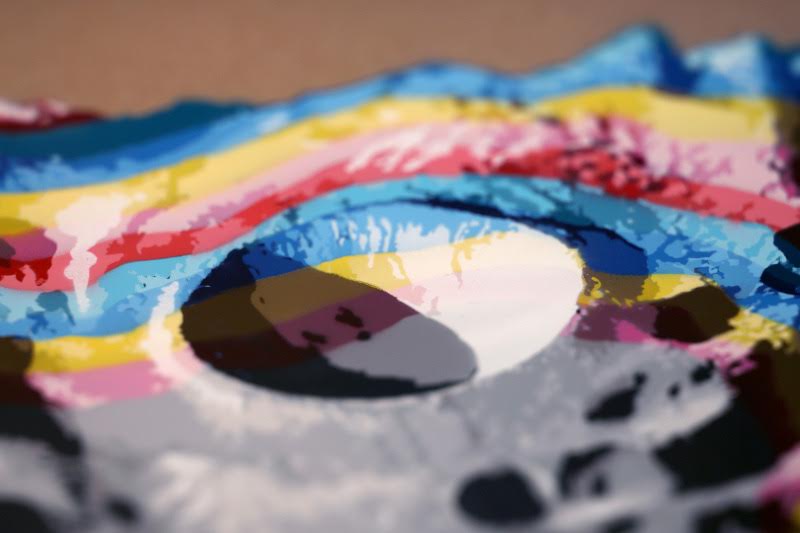 Each work of this unique serie of ten handmade and spraypainted prints is signed and numbered. 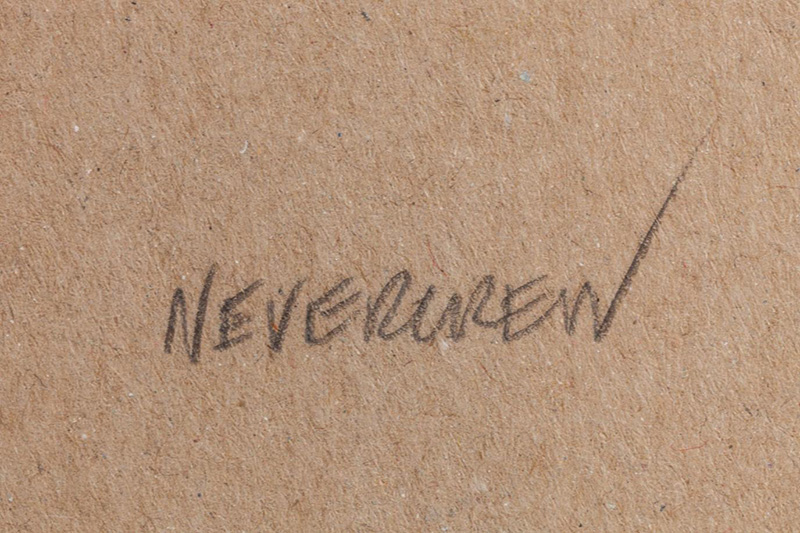 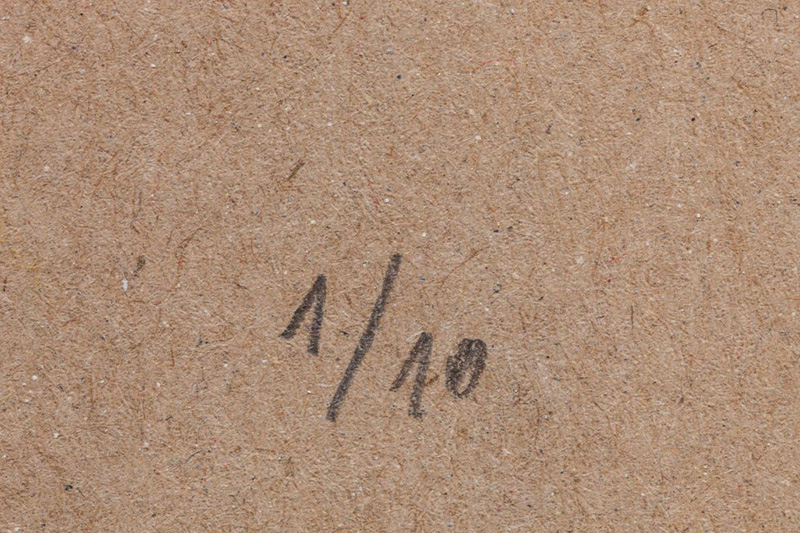