Do you want to buy an artpiece from Phlegm? Please take a look in our shop

Phlegm lives in Sheffield (UK) but travels a lot so the world became his home. Phlegm is a well-known illustrator and cartoonist who creates his own comics. The illustrations from the book, eventually arise upon huge murals. His work always contain human figures which are, most of the time, black- and white colored. These figures are surrounded by landscapes, people and universes, they’re all extremely detailed and incredibly made. The works are described as best as sort of underground, outherspace, fairytale figures.

The work he created at the DAY ONE festival was huge and contains two lying figures surrounded by water, mountains en universal attributes. He worked on this piece for almost a week. Look at the little fishes, here you will see how detailed every little piece is. 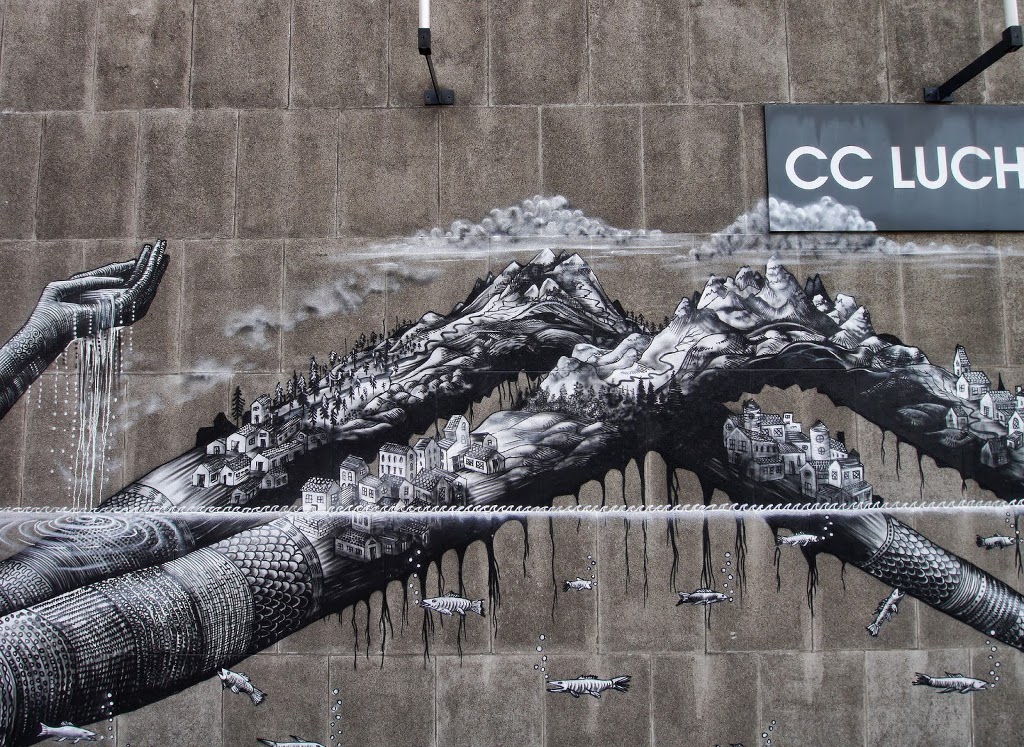 Phlegm is known for his own, unique style which is really recognizable.

The name Phlegm came from one of the four bodily humours in ancient Greek medicine: blood, yellow bile, black bile and phlegm. Phlegm was believed to be responsible for an apathetic and unemotional temperament.

Here you can find more pictures from Phlegm.