Do you want to buy an artpiece from Jaune? Please take a look in our shop

Jaune (Belgium, 1986) his garbagemen are recognizable, funny, intriguing and they give you a second thought about these hard workers in general. 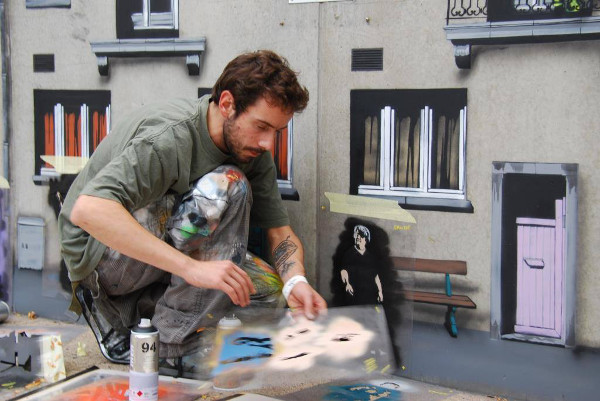 Jaune developed the concept of the little garbagemen six years ago, but since 2011 he’s actually performing his figures and took them out of the thought- zone into the streets. This brilliant idea came out of Jaunes own experience from the working field as a garbageman. While working, he realized that even if he wore super visible yellow and orange fluor clothing, he still was invisible. As a garbage man people most of the time ignore you, don’t say hello or goodbye or make a little chit chat. For them these men and women are just garbageman as an image that fit in the streets.

Jaune used this idea to create artworks out of figures that are normally not seen and he places them in strange situations. By creating a new relation between the subject and the trash, a new meaning is established. He replaces the luxury elements for trash. In this way, Jaune now gives the people a new perception of the trashmans- world, by putting them in strange and funny situations which make you laugh. 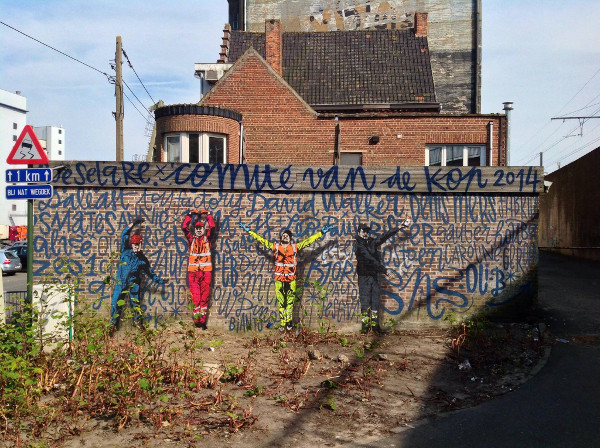 But there is always a strong message in his works, sometimes visible and sometimes hidden. Reading the message is not the obligation for Jaune, according to the artist it all starts with a visual joke. He finds it important that the viewer can interpret the work on their own. 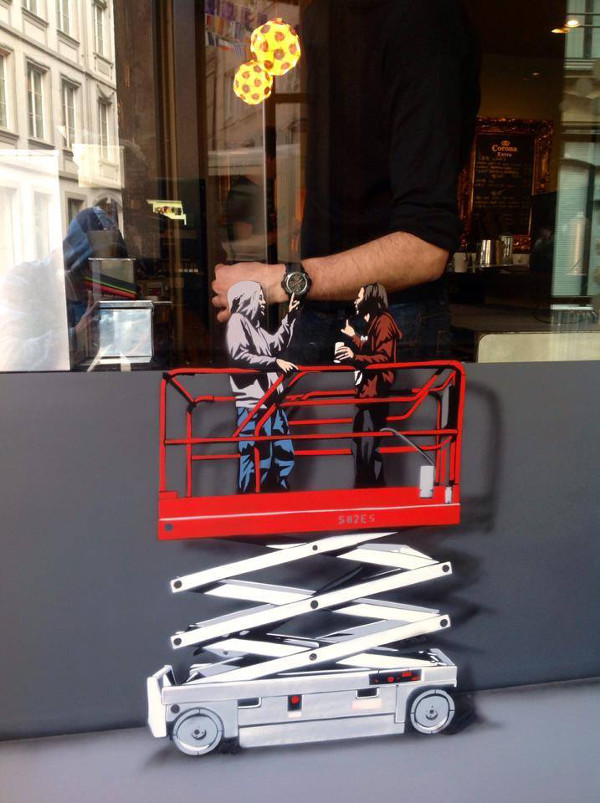 Jaune is really good in creating installations or murals in which the trashmen are blend into their environment . They are surrounded by daily life occasions, strange situations or accidents, but he always search for the tensing moment. A teacup that is falling out of the window, a man that has almost fallen on the ground or a horse that’s about to ramp. This tension makes his work even more interesting. 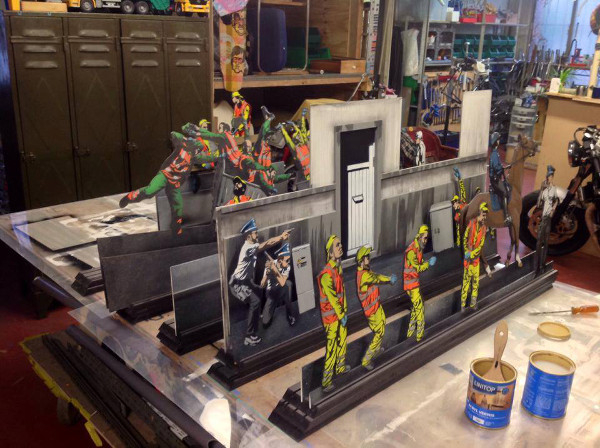 His work can be found in the streets of Antwerp. During Day One Festival 2013 he created a mini apartment building in which all his figures responded to each other and were integrated in their environment. For Day One Festival 2014 he created, together with Isaac Cordal, an impressive exhibition at Atelier61. But you can also find his work in Leuven, Luxembourg, Bruxelles and Louvain la Neuve. His works were shown at the Bloom Hotel in Bruxelles, an exposition at Doornik and during some events in Belgium. 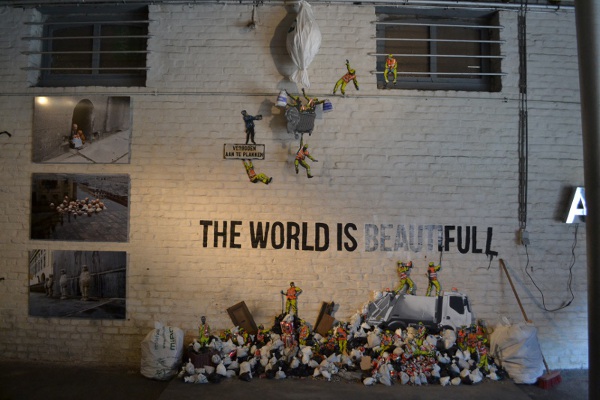 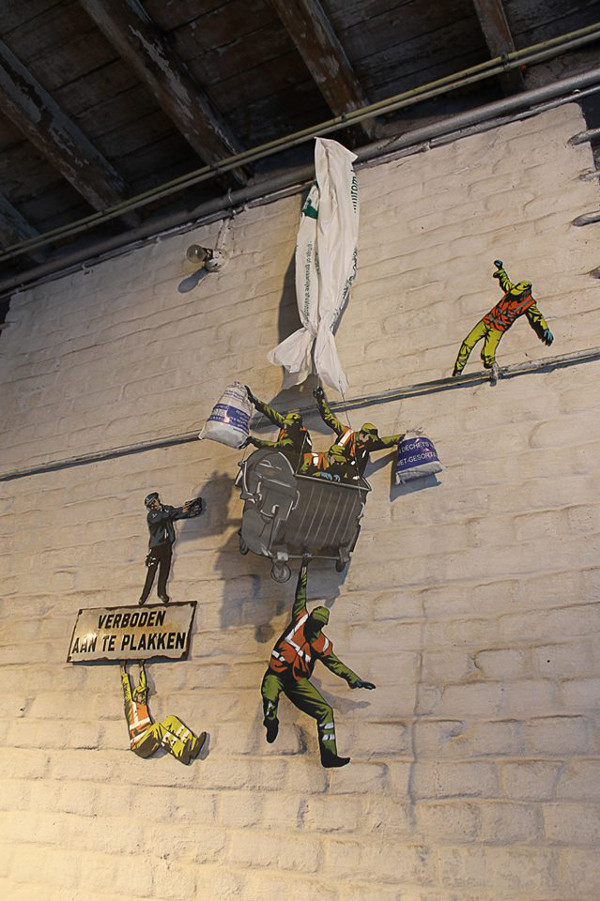 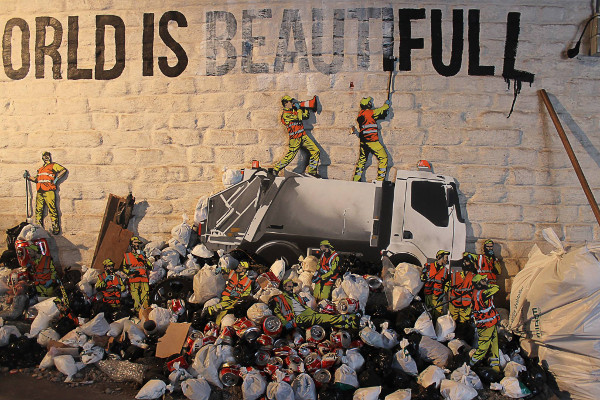 Jaune is an upcoming talent that you definitely should keep an eye on. We proudly present you 7 works which are all unique. The works are small installations and all equipped with mini garbage bags. All figures are signed on the back by the artist.