Do you want to buy an artpiece from Mr Zero? Please take a look in our shop 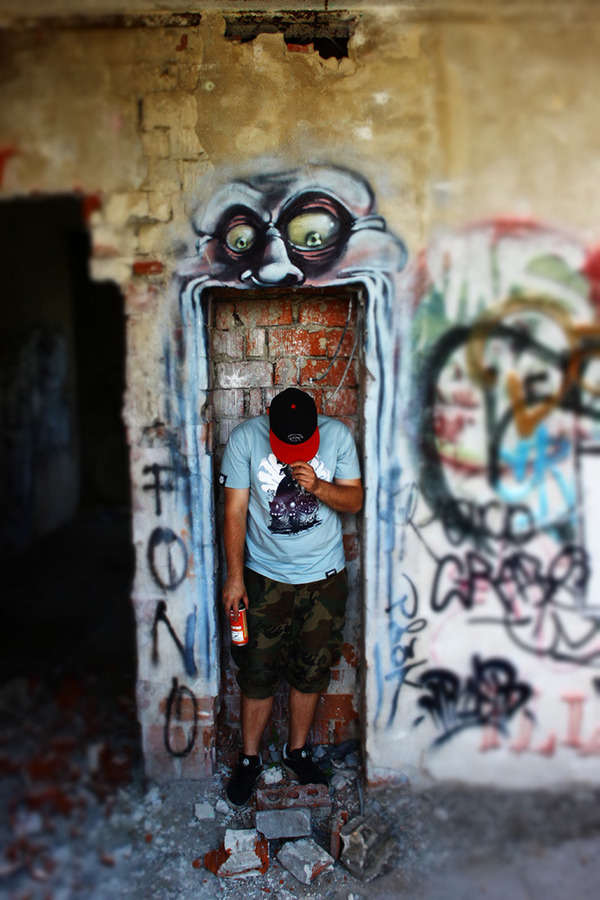 When the Hungarian graffiti artist Mr. Zero made his first creation on the wall he was thrilled and wanted to do nothing else anymore. In an interview with CFYE.com he says; 'it's like the voices in a serial-killers's head’. His obsession with painting results in a style which is hard to discribe, but one thing is for sure, he has a lot of talent.

Mr. Zero started at a very young age with making art. In 1994, at the age of twelve, he made his first comic character on a wall in his hometown in Hungary. From 2001-2005 he studied Graphic Design. After several years of tags, outlines, steels and streetart pieces he developed a new style in his work. In 2001 he made his first 3D objects with a spray-can and combined traditional letter styles with 3D forms of shells, bugs, flowers and abstract elements and his figurative comic characters. By doing so, an evolution in his work emerged. Since then, these elements are integral parts within his artwork.


Mr. Zero is known for his characters and letters in his work. Recently he made this artwork in his home town Eger. This sculpture from steel and foil has been made by students and teachers from an artacademy. Mr. Zero made his well known characters on this sculpture. 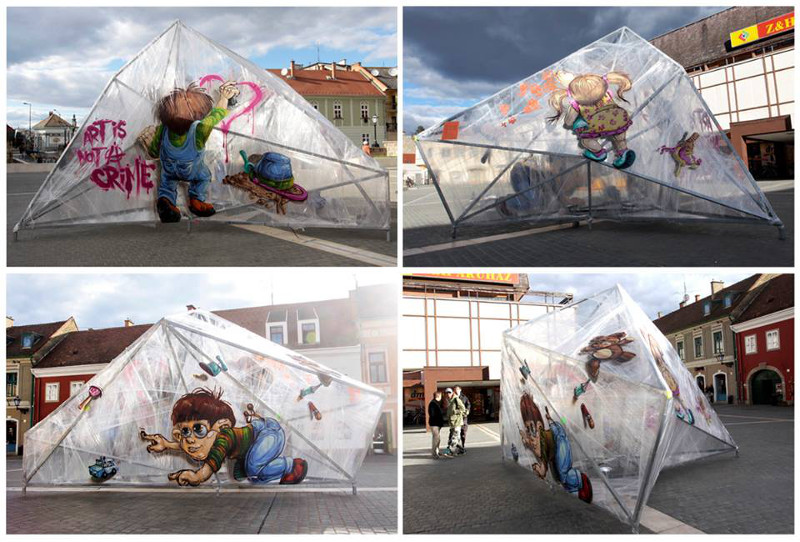 Mr. Zero always works from the free hand. Common in his works are Mr. Zero's recognizable humananimals. There is a more profound idea behind these figures. Mr. Zero finds that we humans often think that everything on Earth belongs to us, also the kingdom of animals. Mr. Zero would like to see a different human behaviour. As a starting point in this work he takes the connection between the human and non-human behaviour. Through animals he creates the character of human stereotypes. 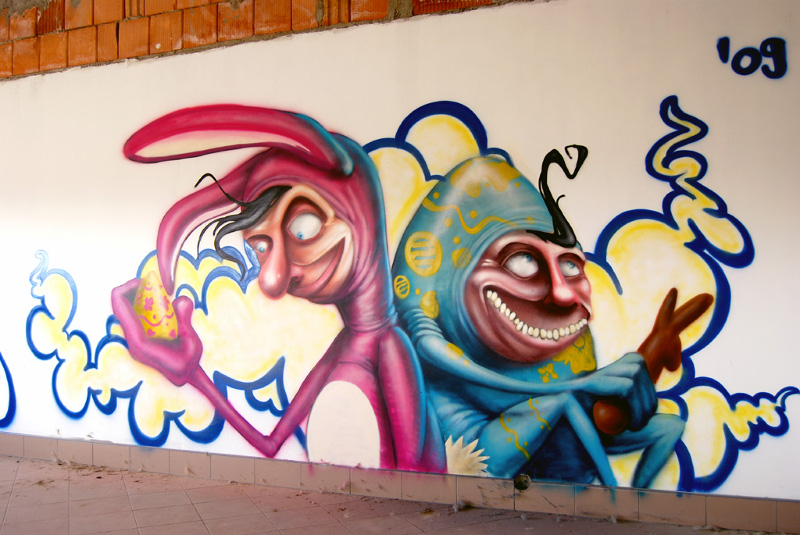 The graphics in his work is still clearly visible. One of his strongest sides is making beautiful sketches. 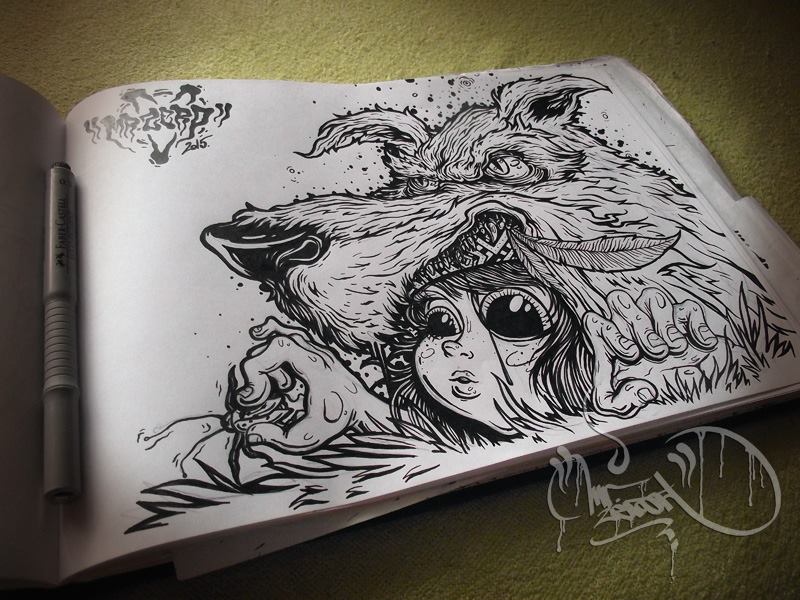 When the artist was going to take his career more and more seriously, he developed a strong pictorial style with distinctive characters. This colorful characters contain a good dose of humor. 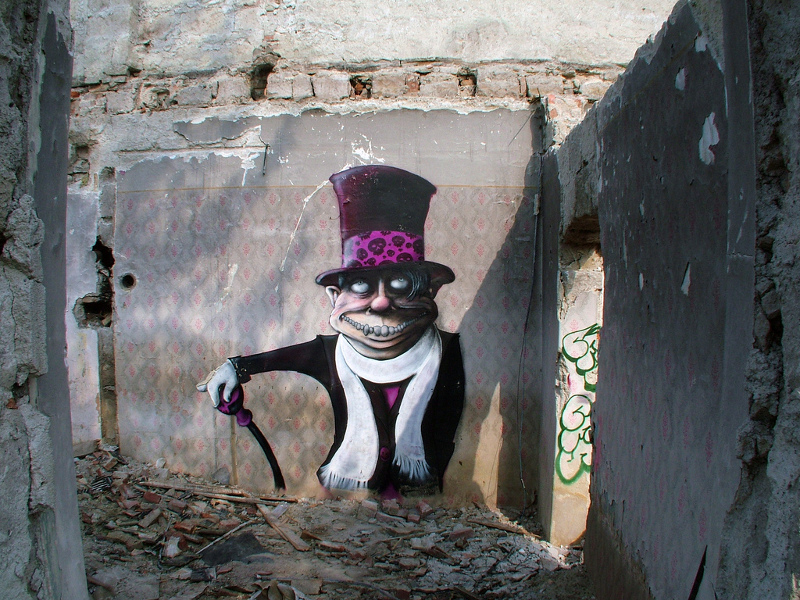 Mr. Zero also often works with other artists. With his crew CFS he participates in exhibitions since 2002. Creative collaborations also often result in the most beautiful walls on the street. In 2011 he created this mural along with artists Sket185 and Fatheat in Amsterdam.

Mr. Zero is very active in showing and making art. The artist also visited Amsterdam for several occasions. He appeared in 2013 at the Urban Art Festival (organized by Urban Art NOW), Paint and Beer @ Villa Friekens and the Open Monuments Day Mural at Amsterdam Roest. But also on the well-known festivals the artist did live- paint sessions; Sziget Festival in Budapest (2014) and several years in a row he was at the Bratislava Street Art Festival where he made this totem pole together with Fatheat.

Mr. Zero with Fatheat in Amsterdam. 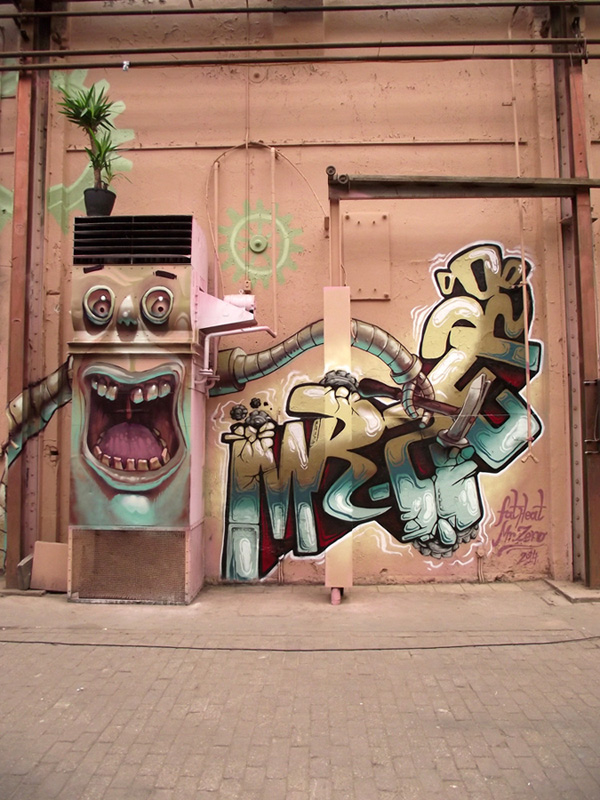 For StreetArt.com Mr. Zero made a very unique alphabet. His distinctive characters are strongly presented in this work. Every letter in the alphabet has a private character. This makes the alphabet to come to life. The letters are in contact with each other by these unique characters.

This print is very unique. All ten artworks are totally different. The different backgrounds are painted with acrylic. Then Mr. Zero screen-printed the alphabet and after that he finished them with acrylic markers. The artworks are hand painted and hand pulled by the artist. A beautiful and unique artwork by Mr. Zero.