In collaboration with Café Amsterdam and Streetart.com, the Dutch artist Super-A created his new mural ‘RøeKøe' at the Kristian Augusts Gate 12 in Oslo. From August 15-18 (2015) Super-A was working on his mural to bring to life his two beautiful birds. 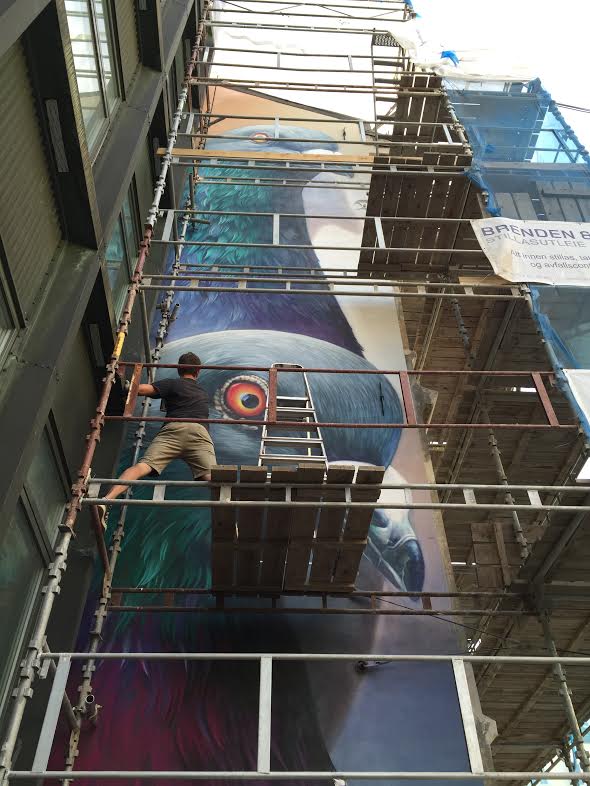 The clients and the artist chose the iconic pigeons of Super-A. This because these unique animals depict a good connection between Amsterdam and Oslo. In the streets of both cities the pigeons found a good way to mix with the city culture. They adapt in the man-made artificial world and know how to save themselves very well. So well, in fact, that they will even survive mankind in the long term. Their adaptability ensures that they actually might be immortal in a world with, or without people.

This power of the pigeon fascinates Super-A. Due this fascination he knows how to translate their cutest characters and most beautiful details into the artwork. The opinionated attitude and sometimes diffident look in their red eyes provides an appealing effect. And this creates contact with the spectator. By combining the oil-like shades of purple, green and blue with the natural bright shades of pink, a picturesque realism is created.
Both pigeons make contact with their environment. The upper pigeon looks into the long Kristian Augusts Gate, and the lower pigeon makes contact with the passers-by. 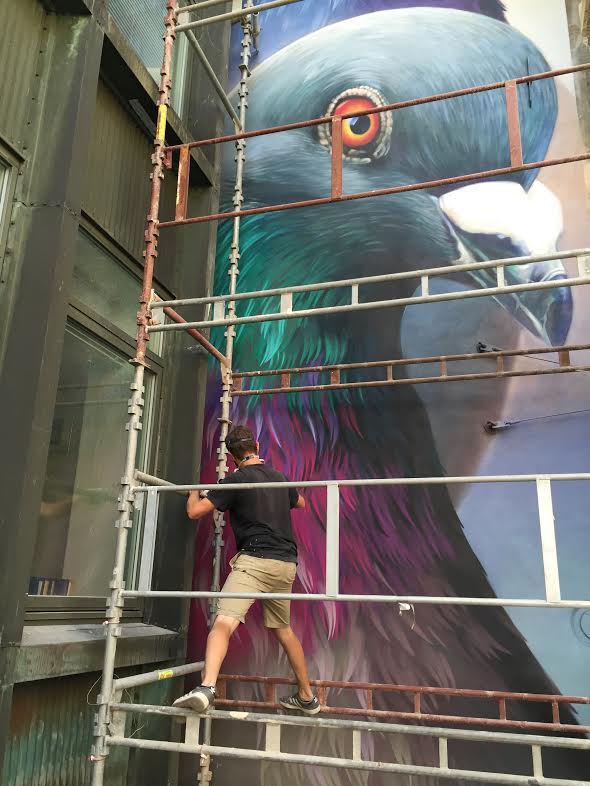 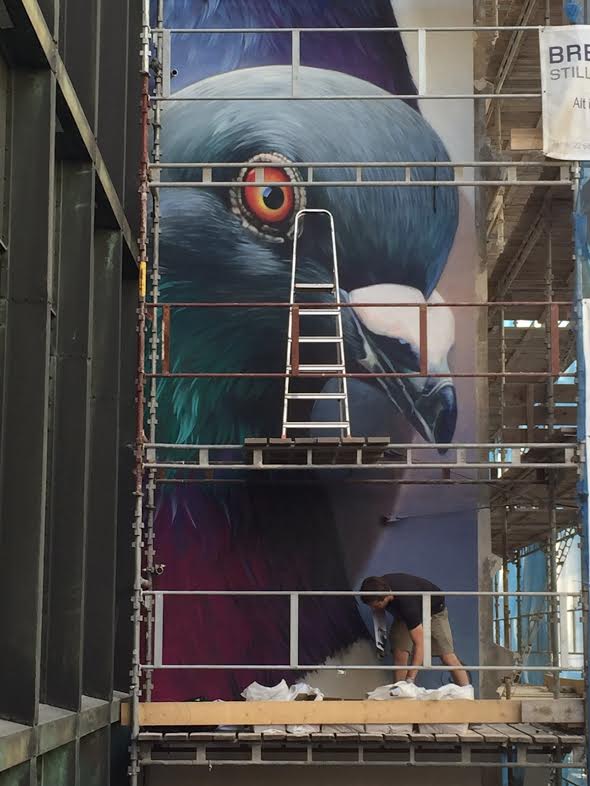 The official opening of the mural will take place next month. This because of the scaffolding which is still in use. So keep an eye on our website to see the end result without scaffolding. 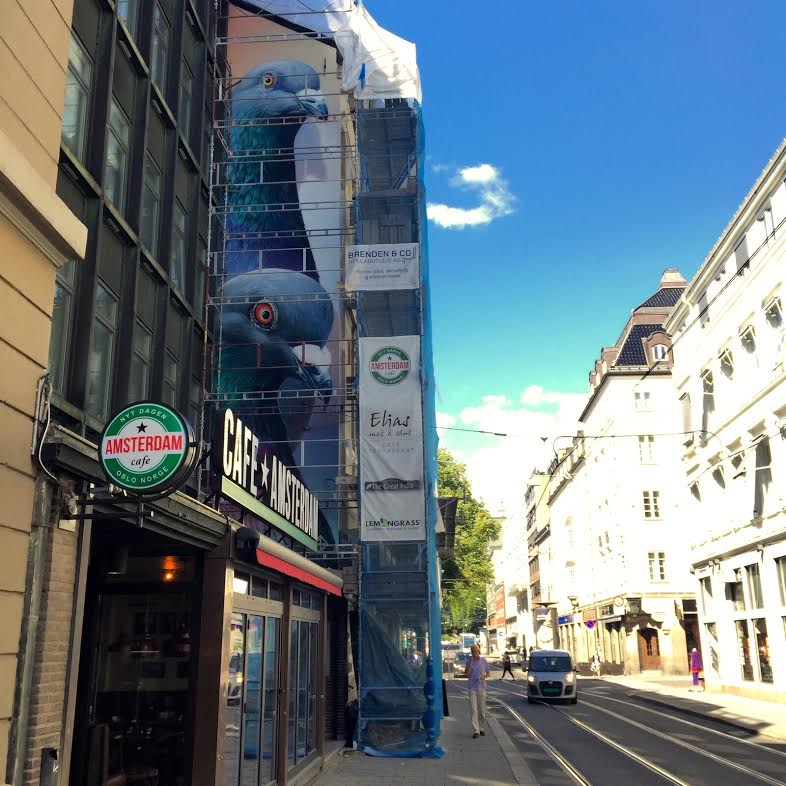